As one of the world’s foremost experts on immunobiology, Richard Flavell looks to the field’s future and its link to inflammation science to better understand human health.

For Richard Flavell, humility is essential as a scientist, researcher, and educator.

“The great illusion of the scientist is that, at any given moment, we think we know everything,” he laughs. “The reality is that we know almost nothing. If I knew twenty years ago what I know now about the immune system, I would be blown away. But even with these insights, we still have so much to learn.” 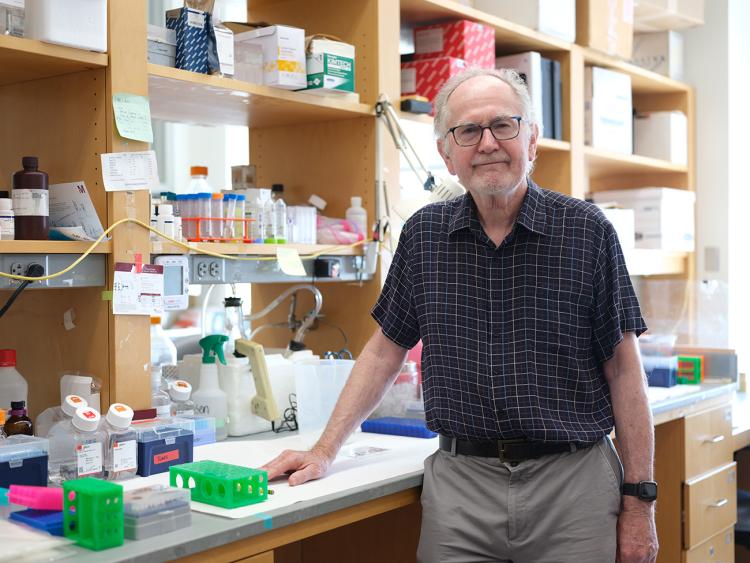 A native of the UK, Flavell began his scientific career as a molecular biologist, developing methods of studying genes with his colleagues. This work paved the way for understanding more complex genetic systems, including the immune system. Over the years, after refining his interests in molecular biology and immunology, Flavell came to Yale, where he launched the Department of Immunobiology and served as its inaugural chair.

Three decades later, the department is known worldwide as a powerhouse, contributing to Yale’s reputation as a leader in the sciences. Housed within the Yale School of Medicine, the department comprises a multidisciplinary group of faculty members and young scientists devoted to understanding the full spectrum of the immune system. Their research sets the standard for the field, revealing knowledge about human disease and immune disorders that benefits the world.

“Having recruited such an incredible group of superstars has had a tremendous effect on my work, and it’s something that current department chair David Schatz continues to facilitate,” reflects Flavell. “They inspire me. I need to push myself continually to keep up with all the groundbreaking things they do here at Yale.”

Flavell and his students first made waves in the early 2000s with their “humanized mice” program—an ongoing focus today. By substituting human genes, the team builds controlled human immune systems within mice to test our body’s innate and adaptive immunities. The potential for such work is extraordinary, and their model is helping inform testing for vaccines and therapies against some of the world’s deadliest diseases. Having recently turned its attention to COVID-19, the lab is now examining how the immune system of “humanized mice” react to the virus. After learning that the infected mice’s lungs fill with inflammatory cells, Flavell and his students are studying how the virus affects the body and, critically, how it can be effectively treated in humans.

These days, Flavell is particularly captivated by inflammation and its relation to the immune system. Inflammation has emerged as a major culprit in many debilitating diseases, such as cancer, diabetes, and Alzheimer’s. Flavell and his colleagues are getting closer to understanding why. And they’re a part of a growing community of scientists investigating inflammation science, one of Yale’s key scientific priorities.

“Understanding how the components of the inflammatory system work and what goes wrong with disease is vital,” explains Flavell. “We need to address the human body through the entire spectrum, from the basic principles through treatment. Inflammation science is going to be an absolute revolution, and I am certain it will transform modern medicine forever.”

“This work has consequences,” adds Flavell. “I’m lucky that I get to do this at Yale. It’s a wonderful thing to be figuring out how our immune systems work and how we can use that information to make people better.”