A Scholarship for Veterans at Yale

A Scholarship for Veterans at Yale 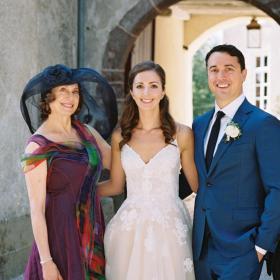 “I’ve always loved Yale,” says Barbara Guss ’74. “My brothers had attended before me, and when I came I had a marvelous time. There weren’t many women undergraduates at Yale then, and I’m still very good friends with those I knew.” Barbara has kept her connection to Yale through her friendships, her lifelong learning through Yale Alumni College, where she serves on the board, and with a recent charitable gift annuity (CGA) created in honor of her son’s marriage.

“After graduating from Yale, my son, David Kemp ’08, became an officer in the United States Marine Corps and did two tours of duty in Afghanistan,” Barbara says. “When he left the Marines, he attended business school and then married Lani last year. She and David are perfect together and I wanted to mark their first anniversary with this CGA.”

Barbara’s CGA will provide her with tax and financial benefits now, and later it will create the David and Lani Kemp Scholarship Fund. “Veterans have a special place in my heart. They put their lives on the line for our country,” Barbara says. “I was so glad I could indicate a preference for veterans and ROTC students to receive this scholarship. Veterans are from all walks of life and carry distinct perspectives and ways of thinking. David and I both believe strongly in supporting that diversity on campus.”

For Barbara, the decision to create a CGA was an easy one. “It was just a smart move!” she says with laughter. “If you’re thinking about doing a CGA, you should. It’s always better to give when you can see the results and honor a place like Yale and the people who mean the most to you.”