Ralph Folsom ’72 JD and Ruth “Pixie” Haughwout give back to support legal clinics, public health, and law scholarships for women. 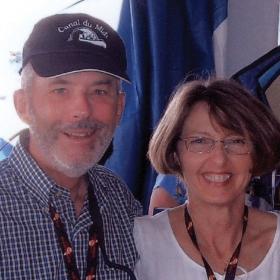 As Ralph Folsom ’72 JD and Ruth “Pixie” Haughwout were considering ways to fulfill both their charitable giving and retirement income goals, they discovered that a Yale charitable gift annuity (CGA) was their best option. “We considered several different plans,” Ralph says. “Yale’s CGA is administered with an unusually flexible range of payment and tax benefit options. Plus, the CARES Act makes charitable deductions more attractive than ever this year.”

Ralph and Pixie have established several CGAs with the satisfaction of knowing that ultimately the annuities will be directed to areas of the university they designate. “We feel very strongly about education for women and public health,” says Pixie, a physical therapist. The couple’s CGAs will eventually support legal clinics at the Yale Law School, pandemic studies at the Yale School of Public Health, and work on climate change at the Yale School of the Environment, as well as establish scholarships for women at Yale Law School and Yale College.

“My class at Yale Law School had the most women ever enrolled up to that point,” notes Ralph, who went on to study international law at the London School of Economics and teach at the University of San Diego Law School for forty-seven years. “I saw their struggles and the difficulties they faced. Some professors had never had a woman in their class before. Since a scholarship helped me attend Yale, Pixie and I wanted to pay that forward for others.”

The couple, who love to travel and have written cruising guides on the South of France and the North Channel of Lake Huron, credit Ralph’s formative years at Yale for many of the joys in their life. “Yale is the bedrock of our relationship,” Pixie says. “Between the times we spent there, the doors Yale opened, and the wonderful benefits of giving, the CGA was a very easy choice.”