A Platform for Discovery

When Yale achieves a critical mass of top minds—faculty members, post-docs, graduate students, and undergrads—its programs flourish. That’s because talent attracts talent, and when Yale unites the world’s best scientists, engineers, and mathematicians to tackle big problems, we all make progress. Please join us in supporting these extraordinary people—and their work—at the foundations of Yale science.

Providing Yale faculty with substantial and reliable funds to support their teaching and research activities, endowed chairs are the most direct way to support the university's distinguished researchers. Among the highest honors Yale can bestow, endowed chairs serve as indispensable tools for recruiting and retaining accomplished scientists and engineers. They in turn attract other leading minds to the university, cultivating a deeply collaborative and impactful environment. Donors who endow chairs drive discovery, innovation, and achievement and help Yale’s researchers and educators address the most pressing challenges of our time. 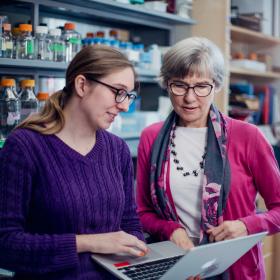 Graduate students are at the heart of Yale’s research endeavors, conducting much of the work that takes place in university laboratories and approaching that work with fresh ideas and energy. These young scientists are typically supported through university funds and short-term external grants that can vary from year to year, but endowed fellowships offer stable and reliable support that enables Yale students to tackle truly innovative, out-of-the-box research ideas. Endowing a graduate fellowship is an investment in the future—the future of science and technology, the future of education, and the future of our understanding of the world around us.

In every field, scientists rely on specialized equipment to ask questions, test predictions, and make new discoveries. But often this instrumentation is expensive to acquire and operate, placing it beyond the means of individual laboratories or departments. By offering shared access to advanced technology, core facilities remove these financial barriers and bring a much wider array of experiments within researchers’ reach. Shared instrumentation is crucial for scientific progress. Support for core facilities can help Yale researchers push the boundaries of their fields.

As researchers push the boundaries of their fields, their experimental needs go beyond the capabilities of off-the-shelf instruments. To probe deeper, scientists often develop their own instrumentation—tools that are faster, more powerful, and more precise. Ample resources to design, build, and operate novel technology are critical for modern research and can help attract top faculty. By supporting Yale’s commitment to developing new technology, donors help Yale researchers launch new areas of study, expand what can be imagined, and usher in new discoveries. 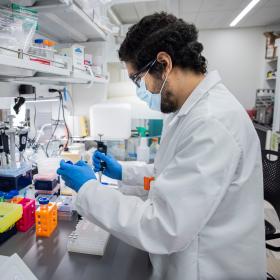 Your gifts to the Science Frontiers Endowment will enable Yale’s researchers to pursue the most promising lines of inquiry and, ultimately, make groundbreaking discoveries.

Through their pursuit of innovative, high-impact research, Yale’s researchers are expanding knowledge and developing applications that can change the world. Giving to the Science Catalyst Fund—a renewable source of expendable funding—will provide immediate support for their research needs. Donors may contribute to the fund on a one-time or recurring basis and become a part of Yale’s sustained commitment to science, engineering, and mathematics.